Ordination: The Appointing of those Called to Pastor Christ's Church 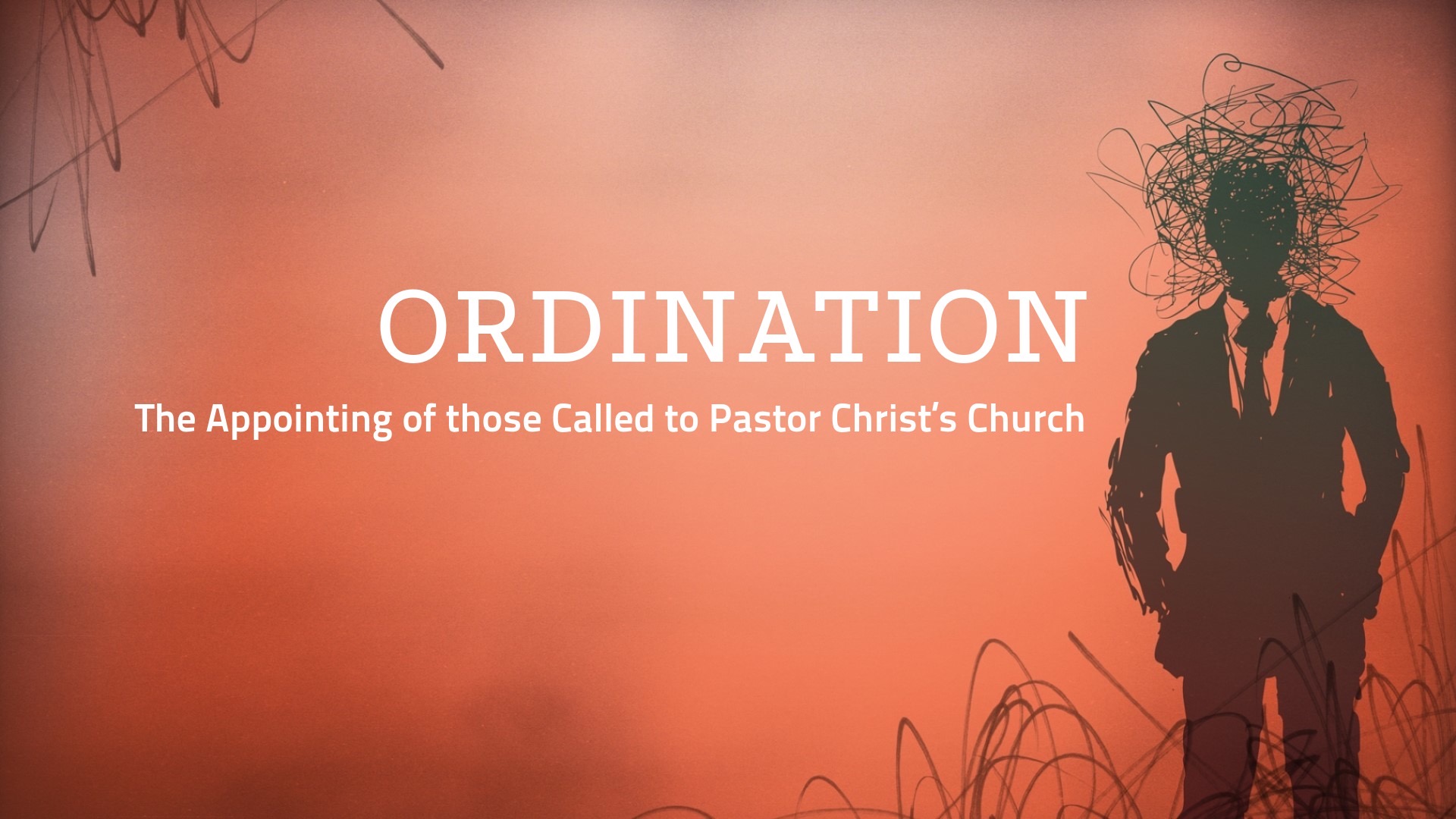 This Sunday at 5:30 PM we have the great privilege to install two new elders: Brian Joines and Cory Bledsoe. This special service is known as an ordination service where the church formally installs men into the ministerial office of pastor, elder, or overseer. This formal recognition by the church is an outward expression of Christ’s appointment of these men to the ministry of the word, the administration of the ordinances of Baptism and the Lord’s Supper, and the oversight of the congregation. Paul references Timothy’s ordination when he reminds him “not to neglect the gift you have, which was given you by prophecy when the council of elders laid their hands on you” (1 Tim 4:14).

While various denominations handle ordination differently, as Baptists we believe that each local church is autonomous and can govern itself. This includes the ability to ordain and call our own pastors. Nevertheless, this process of pastoral ordination must not be taken lightly by the church. One of the older Baptist Confessions articulates the responsibility of ordination this way:

The way appointed by Christ for the calling of any person, fitted and gifted by the Holy Spirit, unto the office of bishop or elder in a church, is, that he be chosen thereunto by the common suffrage of the church itself; and solemnly set apart by fasting and prayer, with imposition of hands of the eldership of the church, if there be any before constituted therein.[1]

Here at Oak Park we have an extensive process for the ordaining and calling of our elders. This process begins with the existing body of elders praying and fasting for three months, considering who may qualify as new elder candidates (cf. 1 Tim 3:1-7; Tit 1:5-9). These names may be offered to the elders by members of the church, men desirous of the office, or by one of the existing elders. After this time of seeking the Lord, the elders vote on whether to proceed with the next step in the ordination process.

This second step includes a formal invitation for the candidate(s) to prayerfully consider serving as an elder, to start participating in the elder meetings, and to complete the elder ordination questionnaire. Over this period of three months, the existing elders examine the man’s life, theology, and aptitude for shepherding God’s people according to his word. This process concludes with a formal ordination interview based on the three months of observation and the elder questionnaire. These interviews usually last several hours.

If all parties (the candidate and existing elders) believe the process should continue, the candidate(s) will be publicly presented to the congregation for another three-month period of examination and prayer. During this time, the congregation will be able to ask their own questions of the candidate(s), observe their ability to shepherd and handle God’s word, and ask questions of the existing elders. This step is concluded with a church-wide Q&A at a regularly scheduled member’s meeting.

The final step in our ordination process is for the congregation to vote on the elder candidate(s) at the next member's meeting. As our constitution requires, every elder must receive at least a 75% vote of confidence from the members present at that meeting. Assuming the vote passes, these candidates officially become elders of the church.

It is this rigorous process that both Brian Joines and Cory Bledsoe have undergone. While they have already been serving as pastors of Oak Park, it is good for us to formally affirm their eldership with an ordination service. So, this Sunday evening at 5:30, we’ll gather for a time of worship as we sing songs, pray, hear the word, and lay hands on these brothers. Afterward, we’ll have a reception with light refreshments.

Please plan to come to the service and show your support for the men God has raised up to care for your souls. Your presence will be a tremendous encouragement to them and will be a good expression of your desire to submit under their leadership.

More in The Oak Park Blog

Pastoral Update: Returning to One Service and Discipleship Classes