What's the Relationship Between the Church and Israel? 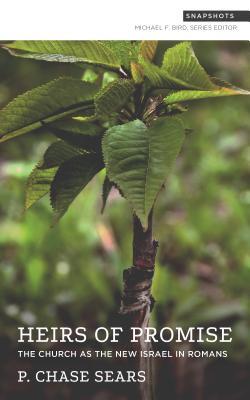 We’ve recently embarked on the journey of climbing the Mount Everest of the New Testament, Romans 9–11. While there are difficult concepts to digest such as the doctrine of election, we need to keep in mind that this section is primarily concerned with the salvation of Israel and God's faithfulness to his promises. Paul is grieved over their rejection of the Gospel but finds hope in the doctrine of election that God’s promises have not failed.

One of the subjects that I’ve received several questions about concerns the relationship between the church and Israel. The relationship between the church and Israel is an intriguing subject and one that has significant implications for how Christians understand the fulfillment of OT promises. This issue is one that even the earliest of Christians wrestled with as Gentiles began to hear and believe the gospel of Jesus Christ (Acts 11:1-18). For example, the question arose as to whether Gentiles should be required to adopt the Jewish identification markers, including circumcision (Acts 15:1-21). Answering this question, the apostles declared that God has made no distinction between Jews and Gentiles. As a result of this declaration they did not require the Gentiles to become ethnically Jewish in order to join the people of God (vv. 7-9). Later, as the early church expanded through the ministry of Paul, the once predominately Jewish church became overwhelmingly Gentile. This transformation then presented new questions, questions concerning whether God had abandoned the nation of Israel (Rom 9-11).

Though a complicated subject among first century Christians, the majority of the church throughout history has concluded that the NT teaches a fulfillment of these OT promises to Israel to be found in the church. In the second century, Justin Martyr explained to a Jew named Trypho that Christians are “the true spiritual Israel, and descendants of Judah, Jacob, Isaac, and Abraham.”[1] A similar idea was also held by Augustine who said, “For if we hold with a firm heart the grace of God which hath been given us, we are Israel, the seed of Abraham…. Let therefore no Christian consider himself alien to the name of Israel.”[2] Among the Reformers, such as Luther and Calvin, it was also believed that the church was true Israel.[3]

If the true Israel is made up of those who have faith in Christ, what about ethnic Israel? Who is the “all Israel” who will be saved in Romans 11:26? To identify the church as the new Israel is merely a term that encompasses the truth that the church is God’s new covenant people and heirs of all his saving promises. The church is not the replacement of Israel, but the continuation of Israel reconstituted in Christ. Therefore, Gentiles through faith in Jesus are on equal footing with believing Jews, inheriting all the promises of Abraham. Nevertheless, Paul’s assertion that the church is the new Israel does not preclude a future salvation for the nation of Israel. Rather, in the mysterious plan of God there is presently a partial hardening that has come upon the nation until the full number of Gentiles has come to faith in Jesus. With the inclusion of believing Gentiles into the covenant people, God is provoking Israel to jealousy (11:11). When the salvation of the nations is completed there will be an eschatological salvation for the whole of ethnic Israel, whereby through faith in Christ, she will be grafted back into the olive tree (11:25-26).

As we venture on this journey through Romans 9–11 I hope to help us navigate this complicated topic, but I realize I won’t be able to address it fully. Therefore, for those of you interested in exploring this subject further I’ve written on this extensively in my book, “Heirs of Promise: The Church as the New Israel in Romans.” If you'd like a copy, we’ve made it available at a discounted price in the library.

More in The Oak Park Blog

Pastoral Update: Returning to One Service and Discipleship Classes